Dear All,
Warwickshire Police are working to keep you safe as the darker nights draw in.
People across the Southam area can pick up security and crime prevention advice from one of the members of the Southam Safer Neighbourhood Team about the importance of not leaving their house in the dark.
Your Safer Neighbourhood team will also be patrolling in burglary hot spot areas, if no light is on in your home, curtains are not drawn, and no car is in the drive, it’s an obvious sign to an opportunist burglar that no-one is in. At this time of the year more than any other it pays to secure your home.
There are a number of simple and free ways to do this, all of which will help reduce the chance of your home becoming the next target.

Remember it is these small and simple steps that can help reduce crime in the area.

For any further information please contact the team on the details below.

Sheds and outbuildings are difficult to secure and following the recent spate of break-ins you might be interested in the following alarms that are available via : click on to this link:-

Also I have received a detailed analysis from the Home Office about the disorder/riots that occurred in August, this can be viewed at:

Kineton Neighbourhood Watch
Posted by Keith at 16:09 No comments:

Dear All,
For information: 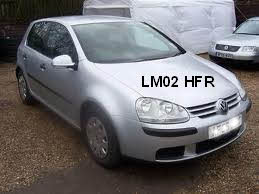 A VW Golf Silver in colour V6 4 motion LM02 HFR is suspected to be involved in dog thefts within the Thames Valley area.
This car comes prepared with cages in the rear of the vehicle.
Thefts taking places from dogs left unattended in dog runs and gardens.


If this vehicle is seen please call Warwickshire Police on the following:
101 if the vehicle is simply in transit with no sign of any animals
999 if this vehicle has been seen to attempt to or remove a dog from a property or with dogs on board.
Provide a clear description of what has / is happening, who is on-board, is there any sign off or is there a dog on board.
Also the vehicle registration! and direction of travel.

WK-20111021-0167
Hodnell Drive, Southam. Between 11am and 1pm unknown offenders have entered a secure shed and taken nothing

WK-20111021-0077
Hackwell St, Napton. Between 3am and 8:45am unknown offenders have entered a secure shed and taken nothing,
a suspicious vehicle with 2 unknown males was seen in the area at the time. A Blue / Dark Colour BMW with registration
similar to Y774 DZF or DZW.

WK-20111021-0051
Glebe Rd, Southam. Between 1:30am and 2:30am unknown offenders have been seen making off from the scene. Pack of cigarettes and lighter have been stolen from secure shed.

Forgetting to do so can be very expensive!
A SALUTARY LESSON
Posted by Keith at 16:51 No comments:

Warwickshire is warning consumers seeking loans to beware of unexpected/unsolicited approaches from 'businesses' offering these sorts of services.
A consumer who was looking for a loan on-line received a phone call unexpectedly from someone who claimed he was eligible for a loan of £1500.

The 'trader' requested that the consumer first send a payment of £155 via a voucher payment system to cover the first month's repayment. This the consumer did, but was subsequently asked for a further £450 in several payments over a short period of time, all of which the consumer again sent, using the voucher system.

The trader then claimed that the vouchers were invalid and that the consumer's credit history was not good. The consumer was then asked form a further £170 which he refused to send.

At no time did the consumer receive his £1500 loan.

This is an increasingly widespread scam, largely perpetrated by criminal gangs and often from abroad.

Consumers, however difficult they may be finding it to obtain a loan, should never agree to such approaches or send money. This is a scam and no loans are ever provided.

For more information on scams visit our website: www.warwickshire.gov.uk/scams
Posted by Keith at 16:30 No comments:

Genuine County Council contractors carrying out legitimate road repair work have reported being trailed by rogue tarmac gangs, who then go on to door knock householders and claim to be working for the Council. These rogue gangs usually claim the tarmac is ‘left over’ and offer the resident or business the opportunity to have their driveway re-surfaced.

These rogue traders are very friendly and plausible, but work is generally carried out to a very poor standard. “Left over” tarmac has usually started to set, so trying to lay it at this stage will give a dry and crumbly finish. All too often householders report their drive surface has started to crumble or crack and weeds begun to appear within a couple of weeks.

Although initially seeming like a cheap way of getting a driveway improved, the final price is often higher than the householder was quoted. The rogues generally demand cash payment as soon as the work is finished with no proper receipt or guarantee being given.

To report a rogue trader phone 08454 04 05 06 and for more information visit: www.warwickshire.gov.uk/scams

Can You Help Us to Clamp Down on Bogus Charity Bags?


Warwickshire Trading Standards Service is launching a bid to clamp down on bogus charity clothing collections (bags) – and they need your help.

Trading Standards Officers are concerned that some householders may be duped in to donating their unwanted clothing and bric-a-brac to private traders when they thought they were giving to a registered charity. Many private traders now collect unwanted items using collection bags left on the doorstep. These items are then sold for profit either in the UK or abroad.

Whilst some traders clearly state they are private businesses, Trading Standards Officers are concerned that many private trader bags blur the distinction between what is ‘for profit’ and what is for charity.

This is because some traders claim that your donations will benefit ‘good causes’, but it is never clear to what extent, if at all, this is. Some bags also carry bogus ‘business numbers’ which some consumers mistake for genuine registered charity numbers.

Warwickshire Trading Standards Officers want to investigate these types of bags and are calling on Warwickshire residents to help.

Householders can either post their bags (or flyers) to us, or scan them in and email them (in both cases, please inform us where they were delivered)

Trading Standards Officers advise that if you want to ensure that your donation will benefit a charitable organisation, either give directly to a charity shop, consider using a charity clothing bank or similar, or donate via a charity shop collection sack. These should make clear reference to the charity registration number and many will also carry the Association of Charity Shops Kitemark. Consumers are further advised to read flyers carefully so as not to mistake a business registration number (often printed on these sorts of flyers), for a charity number.

If a householder has any doubts about a leaflet asking for donations, they can contact the Charity Commission helpline on 0845 3000 218 to check whether the collection is for, or on behalf of, a registered charity, or visit their website www.charity-commission.gov.u
Posted by Keith at 10:14 No comments:

Missed the forum? - Read the summary

READ ONLINE (Ignore reference in heading to June)
Posted by Keith at 09:53 No comments:

Local incidents - Are you vulnerable? 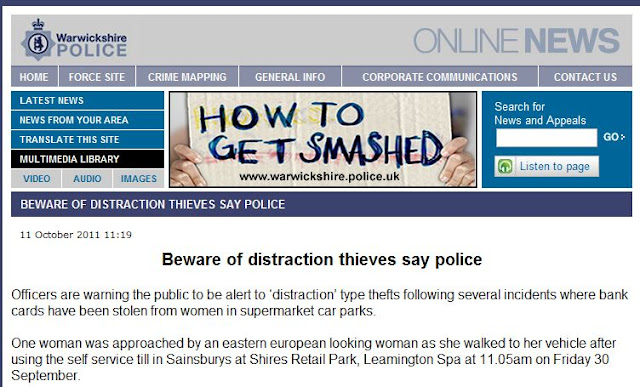 Read more HERE
Posted by Keith at 15:42 No comments:

Are you an ipad or iphone owner? Could you locate it if lost or stolen?

The story with a happy ending! All because the owner fitted FREE software.  Why not do it today.

‘Mobile Me’ Is no longer available but new Macs have built in software to help you find a lost machine, why not check it out? http://www.apple.com/icloud/features/find-my.html It's almost a good enough reason to change to Apple.

A 34 year old man has had his stolen ipad returned to him after tracking it using the free software installed on it.   The ipad was stolen from an address in Loughborough.  The victim had downloaded free software called, ‘Mobile Me’ and an application called 'Find my ipad' which he activated and used to trace his ipad to a specific area in Birstall.

He then contacted the police to report the theft.  Officers from the Charnwood Neighbourhood Action Team (NAT) combined information they held with the information from the tracker and were able to secure a search warrant.

On Tuesday 4th October 2011 officers executed the warrant and recovered the stolen ipad.  A 25 year old man was arrested for handling stolen goods.  He was given an adult caution as it was his first offence.

PC Jamie Hughes, from the Charnwood NAT, said; would urge all owners of ipads and the latest iphones to download the free software onto their equipment. In this case we were able to return the ipad to a very grateful man within a matter of days so it’s got to be worth it.”

In the last two years Cumbria Police have reports of 109 iphones and 7 ipads being stolen, but only 5 items were recovered.

Thieves regularly put their lives at risk by hacking away live copper cabling to try and cash in on increasing scrap metal prices. While some of them know what they're doing, teenagers are also being used by gangs, sometimes with tragic consequences.
In its article on the subject, the Daily Mail identifies just a few recent cases of cable and metal theft and its outcomes:
Homes are also being stripped of highly-prized metal garden ornaments and telephone cables are also being hacked away.

BT has reported 900 cable thefts in just six months and has said 100,000 customers have been affected and left without vital communications.

Following a recent local cable theft at Napton please consider this as a possibility if you lose power or the use of you phone line. Enquire/report asap.
Posted by Keith at 15:20 No comments:


It has been brought to the team's attention that Crime and Incidents are not being reported due to members of the community feeling as though nothing can be done.


If Crime or Incidents are not reported, then the Police can do nothing as we are not aware.
We actively encourage any member of the community to report incidents or crime to the Police no matter how small they may feel it is, you do not know that your incident can sometimes form part of a bigger picture somewhere else in the Area or County or Country.


Local Parish Councils and Magazine publications were recently asked to publish the correct numbers to report crime on, I will again include these in this email as a reminder.


General Enquiries for the team can be made at Warwickshire Direct, to a team member at a Community Surgery or on patrol, or by phone or email.

Incidents to be aware of